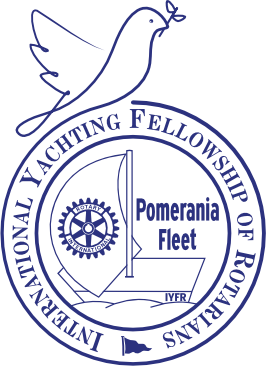 The Pomerania Fleet Bridge observes with great regret and concern for the preservation of humanity among the peoples of the world, Russia's war against democratic Ukraine and the military threats to the rest of the civilised world. The warfare against a brotherly nation, the propaganda disinformation and the exclusion of freedom of expression on Russian territory by the Russian government cause incalculable damage also in the future. Among the Russian population who unintentionally find themselves in a forced situation, too. People are losing their lives and morale in the world is losing its value like the rouble on the stock exchanges. The consequences of this war are incalculable. We strongly condemn the attack on free Ukraine.

We call on President Putin and his government to immediately stop the war against the brotherly Ukrainian people, to withdraw military troops from all Ukrainian territory and to return to talks through honest diplomacy based on signed agreements and common international rules and understandings.

We support the heroic nation of Ukraine with our hearts and charitable actions through our home clubs and call on all people of good will to give all possible help to the Ukrainian nation, which is in unwanted war.


International Yachting Fellowship of Rotarians (www.IYFR.net) is the oldest and largest Rotarian brotherhood. The activity started in 1947 in England and today brings together 126 fleets with 3685 their members in 3 regions (AREA) and 44 countries.

Pomrania Fleet joined the Brotherhood on October 2, 2015 as 111 fleet and first international.